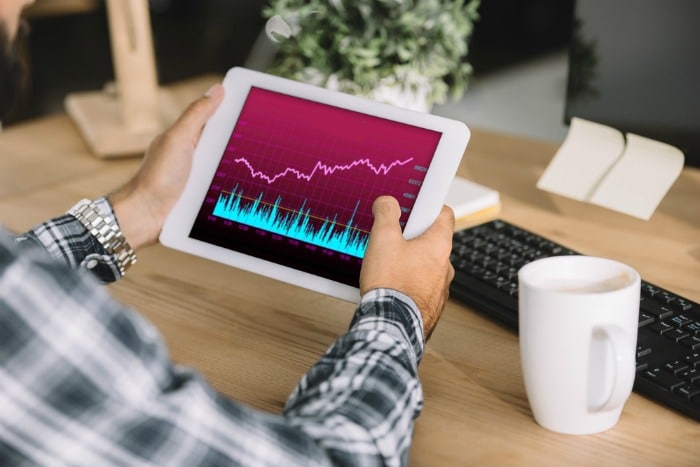 The liquidity of the forex markets, the leverage offered by many brokers and the sheer number of brokers and platforms the retail investor can choose from are just three of the reasons why forex trading is so incredibly popular, and why the global market place handles trades worth an average of $5.1 trillion per day. These facts – and in particular the availability of a large number of different trading platforms – come together to create the phenomenon known as ‘arbitrage.’

In simple terms, arbitrage means buying and selling the same currency at the same time, but for different prices in two different markets. When you practice arbitrage you buy a cheaper option and sell the more expensive option at one and the same time, thus creating a profit without any capital investment. On a theoretical level, arbitrage needs no capital and involves zero risk but, as in so many areas of life (and trading), the reality is often not as cut and dried as the theory.

The Efficient Markets Hypothesis is a piece of economic theory which presumes that financial markets, having access to all the necessary information, will all reach a set level of value for any given asset. In other words, it will be difficult for traders to find differences between the value of a currency in different markets. The fact that buyers and sellers are not always in possession of exactly the same information, however, and that trading is a global, round the clock activity, means that what is known as a ‘negative spread’ sometimes occurs.

A negative spread happens when, for example, two banks are quoting a slightly different price for the same currency. Utilising arbitrage means simultaneously buying that currency from the bank quoting the cheapest price and selling it to the bank offering the higher price. In effect, this ‘short circuits’ the normal function of forex trading, which sees the trader buying or selling as currency and then relying on the market to shift in a way which brings about a profitable position. That’s not to say that arbitrage of this kind comes with no risks attached. ‘Execution risk’ is the phrase used for the fact that one of the prices can slip or be requoted as the trade is being made, cutting into the profit to be made or even turning it into a loss.

The rise of digital trading and the use of algorithms by brokers and exchanges mean that the chances of price discrepancies of this kind are less now than they were some years ago. It also means that the negative spreads, when they do occur, last for as little as a second before a correction takes place.  Although the price differences upon which arbitrage depends do still occur occasionally they are usually caused by factors such as:

A more complex means of making use of the negative spreads which occur between currencies involves trading three different currencies simultaneously, and is referred to as triangular arbitrage.  This involves trading three pairs of currencies at three different banks with the intention of generating a profit on the basis of the slightly different rates being offered. It wouldn’t work if the currencies were being traded at a single bank, since the pricing system within the bank would be designed in such a way as to prevent even the possibility of arbitrage.

Three of the most commonly traded pairs of currencies are EUR/USD, EUR/GBP and GBP/USD. The example used below is deliberately exaggerated in order to highlight the mechanics of arbitrage, but it will hopefully show the way in which discrepancies in pricing can be exploited by a trader who manages to spot them and move quickly enough:

An experienced trader, particularly one who is used to the way in which arbitrage works, will see these rates and spot that there is enough of a gap for them to make a profit. They will do this in the following way:

As can be seen, the end result of this triangular arbitrage was a profit of $394. It needs to be remembered that the three exchanges outlined above need to take place simultaneously and that the profit outlined above doesn’t take into account any transaction costs which might be incurred. Also worth repeating is the fact that any traders intent on working the rates in this way will have to act with extreme speed. As soon as it is spotted, a discrepancy will be exploited, and this will lead to the rates being corrected virtually instantly.

The rise of AI in the world of forex has impacted on arbitrage in two ways. In the first instance, it has made price differences less likely to occur, as market information can be shared over a wider area with more speed and consistency than ever before. On the other hand, it allows retail traders to make use of automated trading systems which are capable of spotting such discrepancies the instant they occur, allowing arbitrage for traders who move fastest before widespread awareness of the difference in price causes the market to correct itself.

Arbitrage is a means via which the quick-witted trader can, theoretically, make a risk free profit without having to invest any capital. As you might gather from that description, it doesn’t happen very often, and it is an opportunity which needs to be grabbed quickly. The casual trader, or anyone relatively new to forex, will probably be best advised to spend time honing their basic skills before thinking of arbitrage. For the experienced operator, however, it offers a genuine if fleeting opportunity.