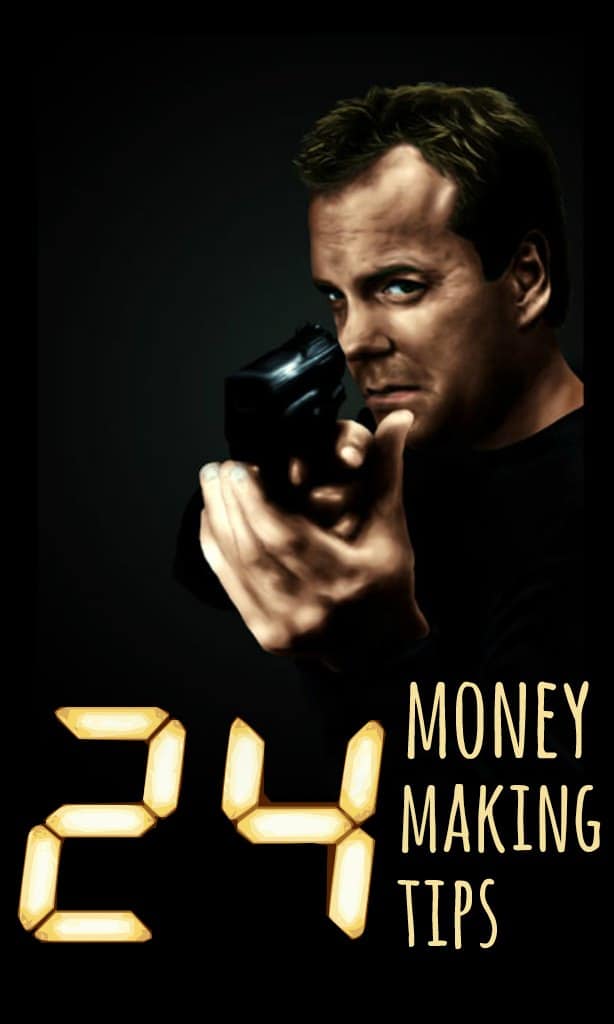 For those who don’t watch 24 (there can’t be that many of you?), Jack Bauer, who is the toughest thing since Chuck Norris broke his tooth on a dinosaur burger, sets about his day as normal until world war 3, or similar, nearly breaks out. Jack spends the next 24 hours, in real time, saving the planet.

When Jack isn’t saving the planet, I like to think of him as a savvy money saver and money maker, spending his down time looking for deals, shopping smarter and making an extra buck.

Because of this, I’ve put together what I think would be Jack Bauer’s 24 top money making tips.

If you have a special set of skills, what other ways can you think of to make some extra cash? Let me know in the comments below.