We’ve always said that buying out of season is one way to make a massive saving on stuff you may need.

Like getting a winter coat in the summer sale, or picking up a BBQ when it’s freezing cold outside.

You’ll likely get a better offer as no one else wants them, and shops look to sell stuff cheaper when there isn’t a need.

And, considering it’s not long stopped snowing (for us down South anyway), B&M has started to release their SUMMER bargains! 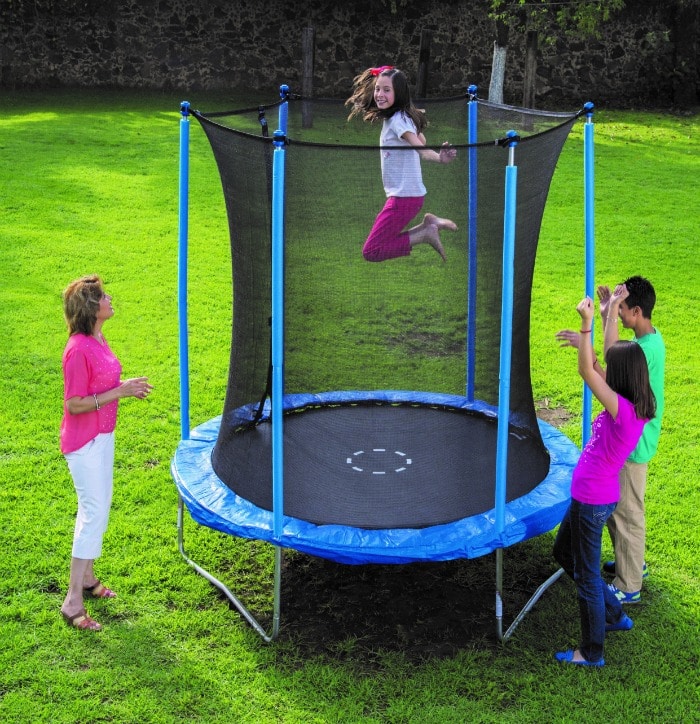 As a one-off “special buy”, the discount retailer B&M is selling an 8ft trampoline for mega cheap.

You may not get around to using it until the summer (or when there’s a nicer spring day), but can you argue when the trampoline is just £50?!

The 8ft trampoline also comes with its own safety enclosure to keep your kids safe.

When you start to compare prices, you can see you’re getting a huge saving!

So, you can bounce all the way back from B&M with more money in your pocket! :)

When can I get one? 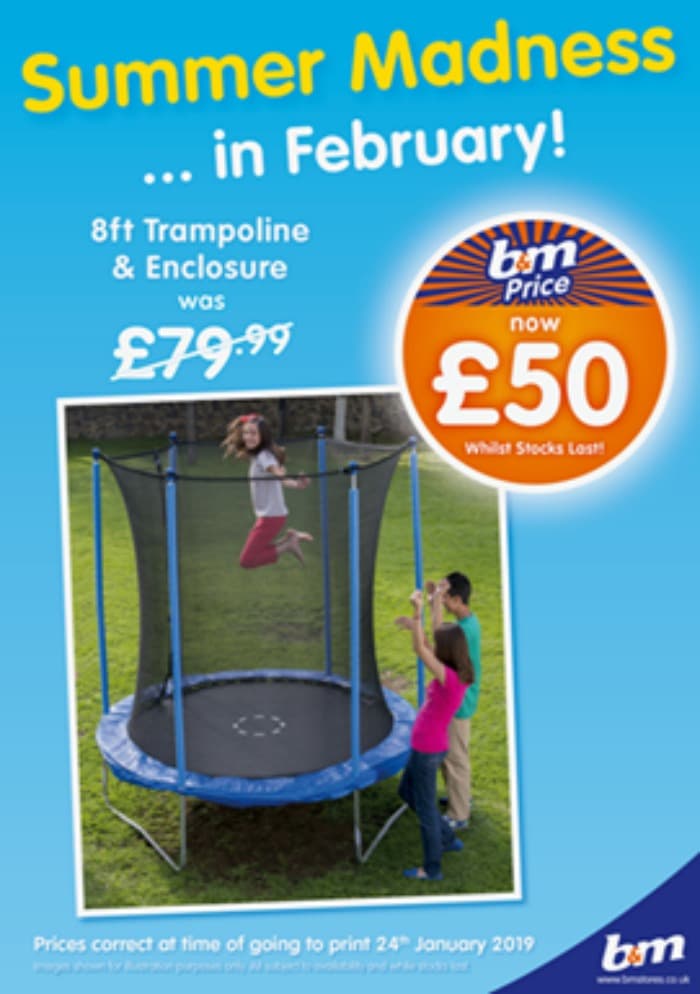 The deal is running in store and is limited to just one per customer.

It’s also selling while stocks last and, at this price, I can’t see them being in stock for long.

While it may feel likes ages until we hit the summer, it’s always worth getting a decent deal when one comes along, so you save money at another time.

Not sure where your nearest B&M store is? Take a look at their store finder.

Seen any other deals around recently?

Read next: How Buying Out of Season Saves You Money