It’s been just over a year since starting the Skint Dad blog. For everything I’ve achieved, today brings even more exciting news! 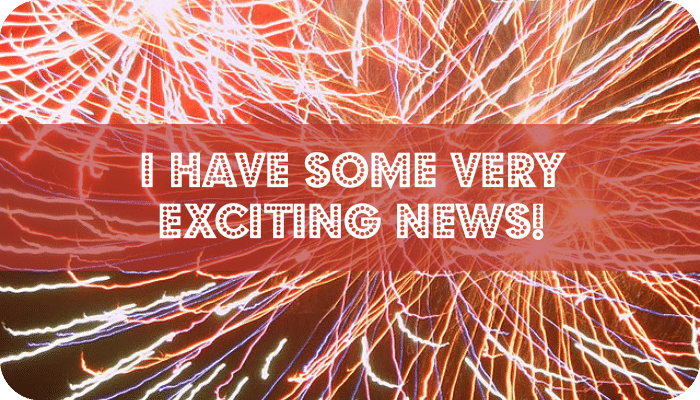 I have some very exciting news I want to share with you all but I want to say a few things before I get to that.

It was in August 2013 that our lives had reached a crossroads. We were in debt up to our eyeballs, we were miserable and life felt like it had stalled.

If you are a regular reader of my blog then you will know that instead of going down like a sinking ship, we decided right then and there that we wouldn’t give up and we would fight to get out of this mess. We would take back control of our finances and ultimately our lives.

We launched the Skint Dad blog in the hope that it would help us track what we did to reduce our debt, save some cash and perhaps even learn how to make some extra money.  What happened next could never have been predicted.

Instead of the blog just being somewhere we recorded our journey, other people started to read it as well. But they didn’t just read it.

Comments were left on different posts; emails were received from people telling me to keep up the good work and to thank me for sharing helpful information.

Writing wasn’t something that came naturally to me but, I suppose, because we were living what we were writing, it perhaps shone through?

Fast forward to today and our lives have changed beyond belief.

The blog is still going strong and growing everyday but I have also managed to carve out a real life job as a freelancer writing money-saving advice for the likes of BT, AOL Money, Quidco and Moneywise. Even saying that doesn’t sound real!

From starting with nothing, apart from the will to succeed and provide my family a better life, I am now in a position to take that next step and set foundations that will clear our debt and start to live a life without worry.

I won’t lie and say it’s been easy because it hasn’t. Working on Skint Dad has taken over our lives and it isn’t unusual to find me still writing at 2am most mornings and pretty much 7 days a week.

Every day I wake up and try to move forward a little more. Whether it’s a new piece of content on the site, increasing our social media following or following up a possible writing opportunity – I don’t relent. I believe the harder you work the luckier you become and, at the moment, I feel pretty lucky.

What I will say though is that if you’re in a similar position to where we were back in August 2013, and things seem like they are just getting worse and worse, believe me when I say – if you want to change your life you can!! I am testament to that.

However hopeless you feel your situation is, believe that you can turn things around and you will. It won’t happen overnight and things might even become worse to start but, if you’re determined and want a better life, you just need to believe and keep moving forward. It will pay dividends.

Anyway the exciting news I wanted to share with you all

As I mentioned previously, as well as blogging on Skint Dad, I have also had opportunities to write for other places.

Well last week I received a very interesting email from the money editor of a certain national newspaper.

After a few emails back and forth to sort out a few details, I can now announce that I have been taken on by The Mirror as a weekly money-saving writer!

It still hasn’t sunk in.

Ricky Willis – aka Skint Dad – who just over a year ago was close to losing it all, has managed to secure a regular writing gig in a national newspaper.

I really hope I’m not coming over as bragging because I most certainly am not. What I want to show is that if you keep working hard, opportunities will present themselves.

All you need to do is have the courage to dream big and just go for it!