Home / Save Money / Money Saving Interview with Rachel Riley, uSwitch Switching Ambassador
Subscribe to our weekly newsletter and get a £16 Quidco sign-up bonus

We interviewed Rachel Riley, TV presenter and uSwitch Switching Ambassador, to find out what she thinks about money-saving, plus she gives a few tips to help better manage your finances. 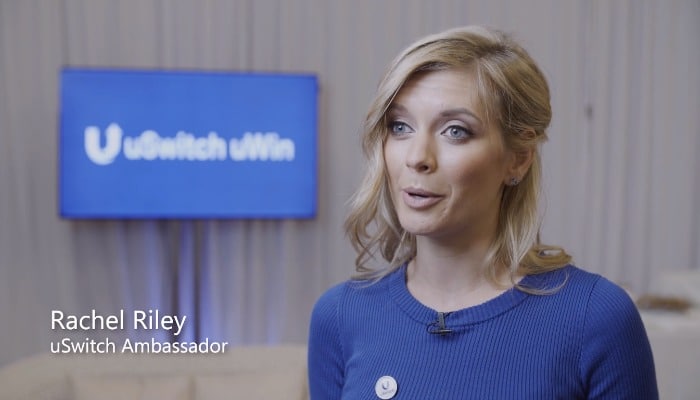 Rachel Riley, who you may recognise as a TV presenter from Countdown, is also the switching ambassador for uSwitch.

Rachel has teamed up with uSwitch on a campaign to get more than 50% of the UK to change from their expensive, rip-off tariffs and have more money in their pockets to spend on something better.

As well as being good with numbers (she’d have to be with the calculations she manages on Countdown!) she is a massive Manchester United fan.

However, as we’d been invited to interview Rachel and, cause we’re Skint Dad, it had to be about all things money saving.

Here’s what we asked her:

The average saving you can make switching energy providers is £290 which is a tidy sum. If you made that saving by switching what would you do with the money?

I switch every time my old deal runs out each year so I will have definitely saved myself that kind of money every time I do!

I’ve never really thought about it as ‘free’ money to spend on something specific, more not giving extra money to a company that I have to just because they’re cheeky enough to try to take it!

But thinking about it, my girlfriends and I are planning to meet up and go for a cream-tea afternoon treat before three of them have the babies they’re currently growing, every time we go out we fight over who’s paying so I could try sneaking my card in early and say this one’s on the energy companies this time! 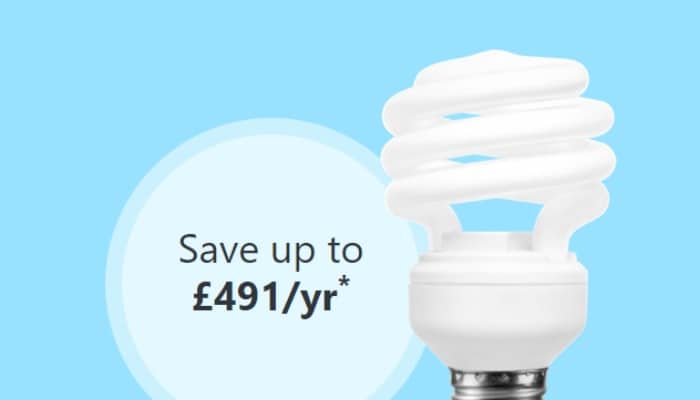 “It’s not worth it” and “I don’t have the time” are just a few of the reasons people have told me they haven’t switched. What advice would you give to someone to encourage them to switch and save?

That kind of thinking is exactly what energy companies are relying on. It’s why most roll their customers onto their most expensive tariffs once their initial deal is up, with a lot of people not even realising they’re on them, or assuming that loyalty pays – it doesn’t.

The average household will save on average £290, but by definition of an average for many people, especially those who’ve never switched before it’ll be much more than this, and year on year these extra costs really do add up.

It’s so much easier to switch than people would imagine, you can do it from the comfort of your armchair in a matter of minutes.

Energy bills can be a bit baffling when looking at unit prices, kWh and standing charges. What would you say is the best way to estimate how much your bill will cost?

Although I’d never want to discourage anyone from doing some maths, to work out how much you can save by switching, you don’t actually need to do any workings out yourself at all, all you need is an old utility bill.

If you download the uSwitch app you can just point your phone at your bill and all the data is automatically populated for you, or if you prefer to go to online, you’ll be asked to enter a couple of bits of info found on your bill and the calculations are done for you.

You’ll then be shown estimates of what you can save by switching, across a range of different companies and tariffs and all you have to do is select the one you want and that’s your job done! You don’t even need to contact your old supplier. 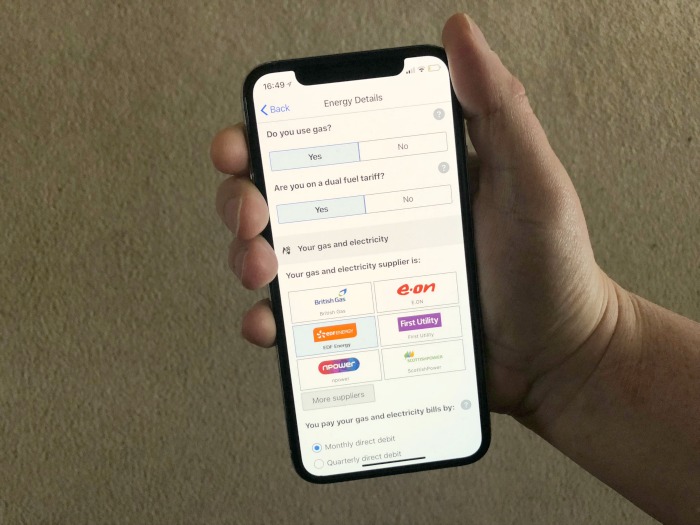 I wonder how many people don’t even realise they are on a Standard Variable Tariff? What should people look for on their utility bills?

It’s estimated around 12 million households in the UK are on these tariffs, whether knowingly or not that’s 60% of energy customers – it’s verging on scandalous.

Yet it’s so easy to get a better deal once we know that we can.

My bills show the name of the tariff on it but if you can’t see yours you can always contact your supplier to ask. Alternatively, scan your bill using the uSwitch app and it’ll tell you.

What are your top three tips to keep your energy bill low?

First and foremost make sure you’re on the cheapest tariff for the energy you use.

Without changing your habits in any way at all this will keep more money in your pocket when receiving exactly the same product, just for a better price.

You can also reduce your bills by paying with direct debits if that option is available to you.

Thirdly, energy-saving measures like having loft insulation, double glazed windows and turning appliances off the standby mode when you’re not using them will also add up to more savings by using less energy. 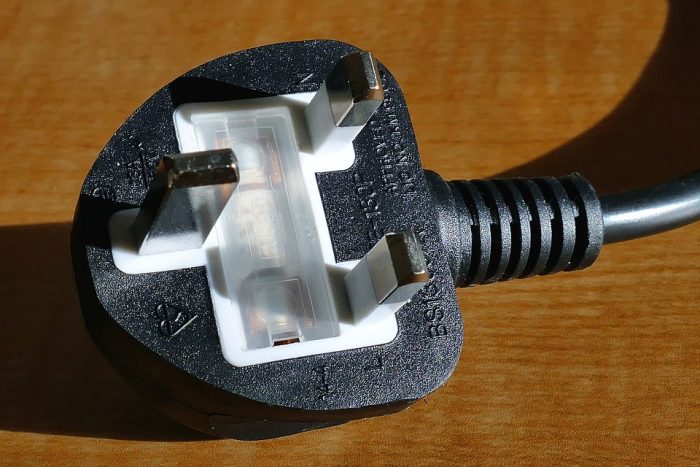 If someone struggles with numbers, how could you suggest they manage a household budget?

Firstly, if someone struggles with numbers it doesn’t have to stay that way! There’s loads of help out there to improve your numeracy skills, I work with a great charity called National Numeracy which has all the resources you need online, all for free which I really recommend.

But managing a budget doesn’t need to be complicated.

Most of us use direct debits these days so each month on your bank statements you can clearly see how much is coming in from your wages, and how much is going out on essentials like housing, utilities, insurance, car payments, etc. Take one from the other and you know how much you have to spend each month on everything else.

Being more aware of your figures can help you prioritise where you’d rather be spending your money, and where you can possibly make savings to have more to spend on the important things.

When you were younger, did your parents do anything in particular to boost your maths skills or financial education?

My parents both come from working-class backgrounds in hard-working families so I was taught the value of money since I was little. They used to give me and my brother weekly pocket money which is probably where I first learned to budget.

Since I was 15 I’ve always worked too, my first job was in a sandwich shop where I’d earn £25 for a day’s work every Saturday.

When you know how long and hard you’ve had to work for your money it’s harder to go out and waste it. 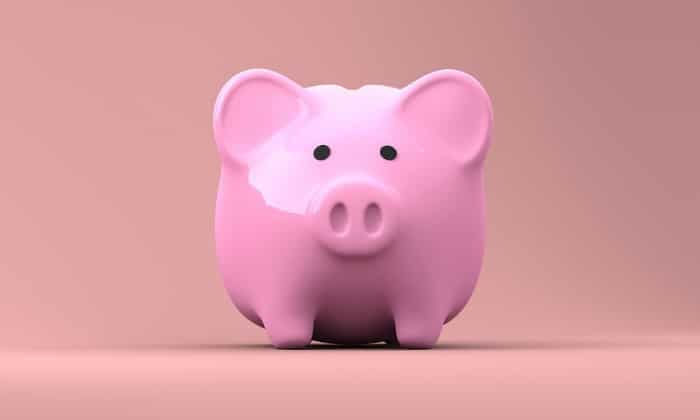 You are obviously very good with numbers, so would you say it’s better to make more money or save more money?

I don’t think there’s a person on the planet who’d say no to making more money but for me the most important thing is not to live beyond my means.

I don’t like spending money before it’s come in and even when it comes to the biggest purchases like somewhere to live, I wouldn’t feel comfortable taking my bank balance down to nothing, I like to have some just-in-case-money, just in case!

The supermarket shop is expensive and can spiral quickly, so we always like to have a load of ideas ready for our meal plan. What is your go-to budget dinner?

I’ve had loads of food intolerances for most of my life and partly because of that, and partly other health and ethical reasons I mostly eat vegan now and I’m obsessed with veg boxes.

I signed up with Riverford Farm and order a huge box of whatever’s in season every week. It’s all organic so it tastes great but it still loads cheaper than the equivalent in the supermarket and it makes you better at eating what’s in your fridge before you get more.

Lately, I love making a big vegetable stew with mashed potatoes that’ll last half the week. 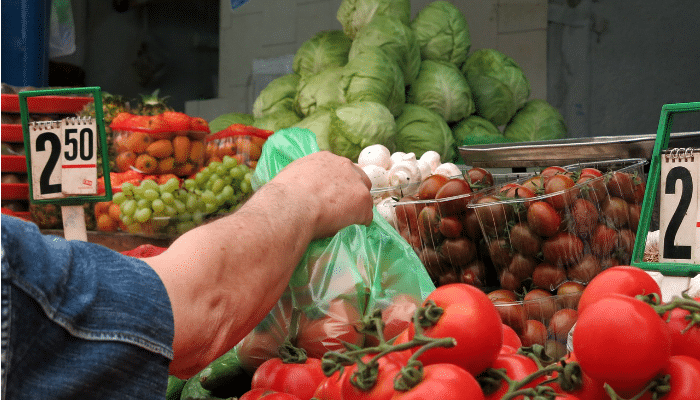 What is the best bargain you’ve ever bought?

Travelling is one of my favourite things to do and I love going to different places each year but I’d always search online before I book anything to see where the best deals are and if I can get it with cash back or discount code.

My boyfriend Pasha and I bought five nights in the Maldives in a Tusk charity auction last year and when we went online to look at the hotel we found a Black Friday deal with 45% off the price.

It was just luck we happened to look over that particular weekend but we took advantage and booked a few extra nights to extend our trip, we’re looking forward to enjoying that together over the summer!

What one luxury item would you never give up?

As soon as I bought my flat we went bed shopping together and bought a new bed with a Tempur mattress.

Pasha had had one before when he lived in LA but I was unconvinced.

I’m not anymore, it’s probably the best thing I’ve ever bought it’s so comfortable it’s hard to get out of in the morning!

If you had £100 to start a business what would you do?

I think the hardest thing in starting a business is getting your message out there so people know you exist.

I’m a massive animal lover but I’m not around enough to be able to have my own pets at the moment so I’d start some kind of pet daycare/walking/babysitting service for other people with pets who are busier than they’d like to be and I’d spend £100 on leaflets and a website to spread the word to homes in my local area. 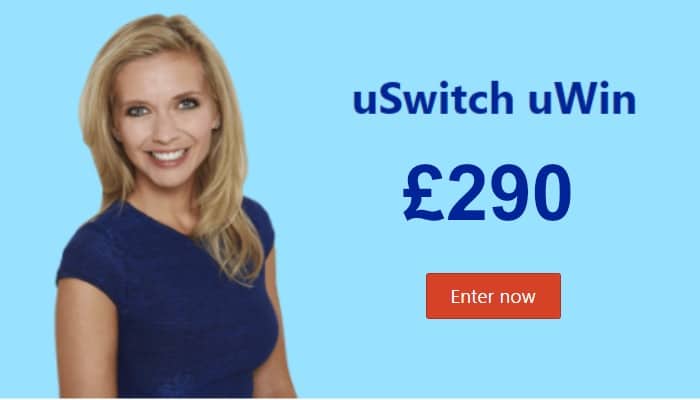 As well as being able to save around £290 a year by switching energy, uSwitch is also running a competition giving you a chance to win £290 of shopping vouchers.

Written in collaboration with uSwitch