“Austerity is finally coming to an end.”

That’s what Philip Hammond recently said in the 2018 budget.

Is it though? Is it?

A lot of us may just be getting by, trying to cut it with pay that hasn’t increased while bills keep going up.

Others have been faced with mass slashes to benefits payments and moving over to Universal Credit.

But others aren’t really getting by at all.

We’ve been talking to one person who is getting by, but it’s meant a big overhaul in how she lives.

While this lifestyle may not be for everyone, this is just an example of how far some need to go to make sure they can just survive.

Lorna has shared her story of how she is surviving in the hope that her experience will give others ideas on how to live when things are so tight.

She has been living this way for the last four years to keep a roof over her head, to make sure she has enough food and that she can keep herself warm.

This is what happened.

Lorna works 19.5 hours a week and reduced her hours four years ago due to mobility issues.

She claimed housing benefit, but the Bedroom Tax came along and she got hit, then as her hourly rate increased at work she was no longer able to claim.

She falls through the gaps when it comes to the Warm Home Discount and doesn’t receive any other benefits.

All her pay goes towards paying her rent, council tax and other bills, so she had to look at ways to swiftly cut back on her outgoings. 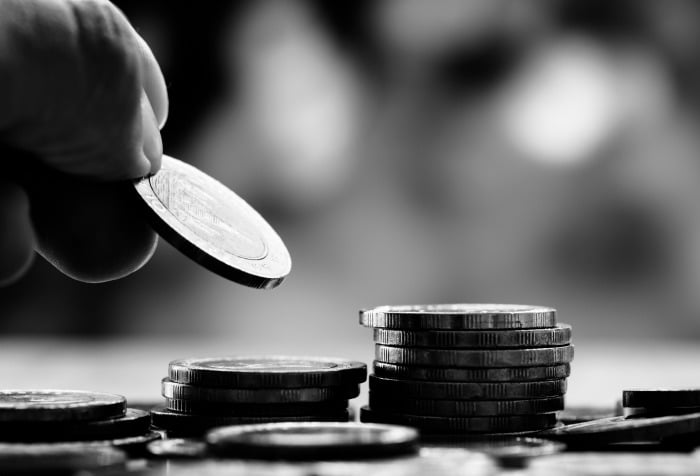 When her car died a few years back, Lorna decided not to get a new one.

Instead, she looked into getting an electric bike, which could work out far cheaper in the long run than commuting on a bus.

While it’s more expensive than a push bike, with lower back problems, she would not have been able to manage to use it for too long without pain.

She looked into taking out a Debt Relief Order.

If you don’t own your own home, have little in the way of assets, and unsecured debts of less than £20,000 (plus live in England, Wales or Northern Ireland) you may be able to qualify to have your debts written off.

They aren’t widely spoken about, as companies don’t make money off them (that’s why you only ever hear of IVA (which companies DO make a lot of money from!))

This all ended for Lorna is October 2018 and, while it has put a dent in her credit file, she has a clean start.

She then went on to get rid of her landline and broadband services. Instead, she uses a non-contract SIM for calls and to connect to the internet. 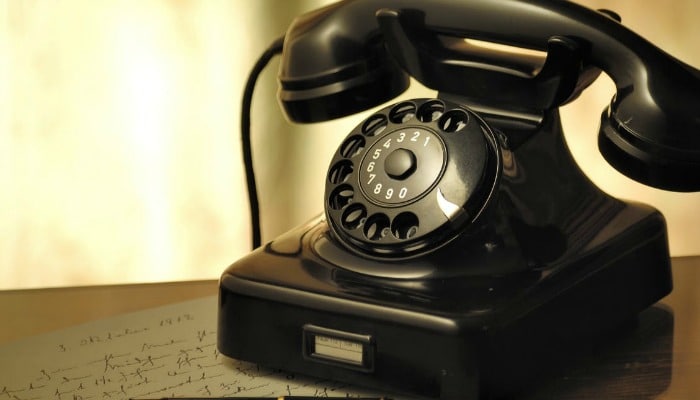 For heating, she uses economy 7. Her storage heaters charge up in the evening, and she uses it as an opportunity to get up at night once a week and do batch cooking. These meals are frozen and microwaved to eat during the week.

Changing her diet to a vegetarian also saved her money as meat was getting too expensive.

She tried eating more dried beans and pulses, as well as taking advantage if the Lidl £1.50 “wonky” veg boxes.

Joining Facebook groups like Reduce Your Supermarket Spend, Feed Yourself for £1 a day, Food-Surviving on 50p a day, Scrimping on a Budget and looking at Jack Monroe’s recipes gave her extra inspiration to keep costs down even more.

But the biggest save was on heating.

This where the tent comes in.

Living in a tent 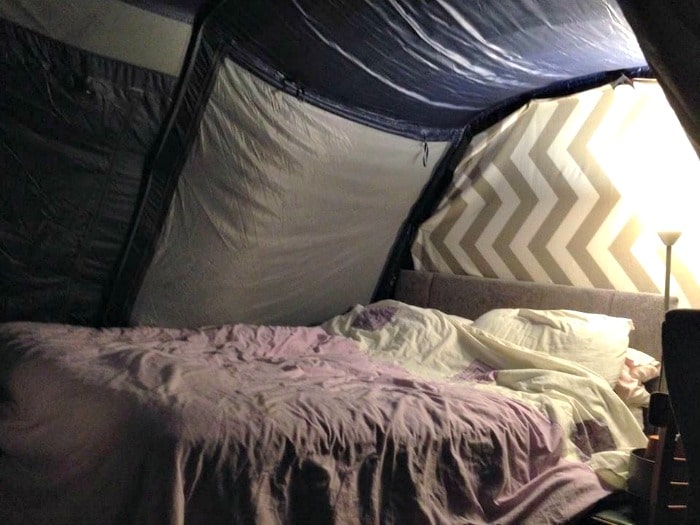 Whether you think it’s a step too far or you’d never try it, this is one option that people are using to make sure they survive.

You may feel you’re skint but, the truth is, there are people who are skinter than you out there – which is actually horrible to think. I’m just angry and upset that we are living in a country with a mass economy where people can’t just get by :'(

If you can’t afford basic things like food and heating, you sometimes need to take drastic steps to make sure you survive.

Lorna started living in a tent. It wasn’t in her back garden or in the local park, but she set up a tent in her bedroom.

As she couldn’t afford to heat her home, after paying all the other bills, she researched the idea of using a tent to live in.

Her inspiration was from a trend that caught on in South Korea.

As winters were extremely cold (-10 °C during the day), people were looking for ways to reduce their energy use, and some people found they were able to cut their heating bills in half. 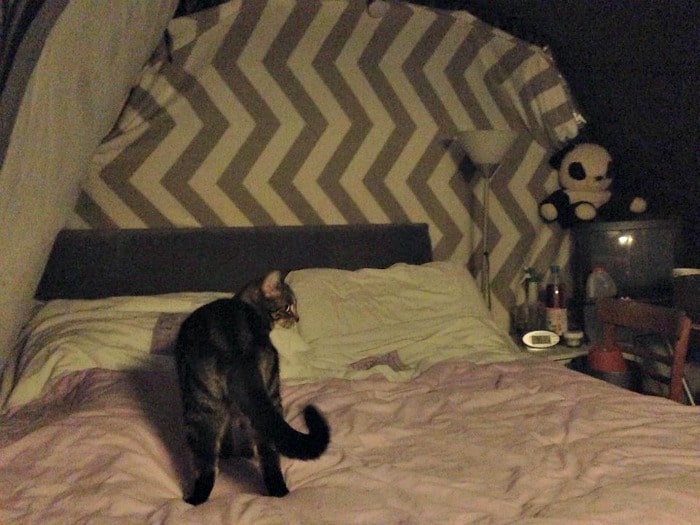 She would have one smaller space to keep warm, rather than trying to heat an entire house, or even a room.

“The first year without heating was unbearable, and I spent most of the winter in bed with two hot water bottles, thermal underwear, onesie, jumper, gloves, socks and hat when not at work, and my skin and face still felt like it would fall off!

“I couldn’t face that again!”

The tent is now in its third year of keeping her warm and alive.

You still may see this as a rash decision, but she puts her case across well.

She said she had two choices:

What would you choose?

The tent itself is an old large tunnel tent which she already had in her attic. It was no longer waterproof and, instead of throwing it away, she adapted it to fit into her bedroom.

She’s added hooks on her wall, and nails on her floor, so pegs can support the structure.

The outside of the tent has been covered in fleeces, foil and bubble wrap to keep as much heat in as possible. Rolled up blankets have been added around the bottom edges to keep any drafts out.

A small storage heater keeps the space inside the tent warm and, other than that, there is no other heat inside the house. 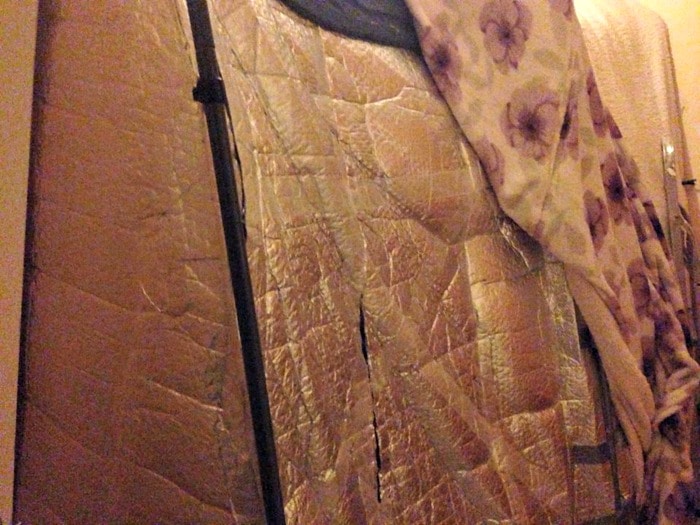 Yes, you may think this is an extreme way to live, but if you have no other options what would you do?

We have faced times when we couldn’t afford heating and, although we didn’t use a tent, there are many times we’ve slept in the same room as the kids to keep warm.

The kids loved it as they thought they were having a fun sleepover when we were just trying to stay warm through the winter months.

But should people need to go to this level to just live?

It’s not about how they’ll pay for their summer holiday in the sun, or whether they should cut back on Sky Movies, but people are facing decisions about how to keep themselves alive over the cold winter months.

Thank you to Lorna for sharing your story with us, and allowing others to hear what you’ve been doing. She hopes that people can see that there is a way to live through the dire times we’re facing.

Taking the words from Harry Leslie Smith, who was a survivor of the great depression, a WW2 RAF veteran and an activist for the poor:

I just hope these times will come to an end soon and do not get any worse, because I cannot bear to think about what could happen next :(

No Money and Nothing To Eat: What Do You Do When You’re Totally Skint?