This is one of the Skint family’s favourite Indian dishes which is a little odd as Chicken Tikka Masala wasn’t actually created in India. But, it’s still my all time favourite so, it’s about time I gave it the skint treatment.

A lot of this needs to be done at the same time, so make sure you have all the ingredients prepared and on hand. 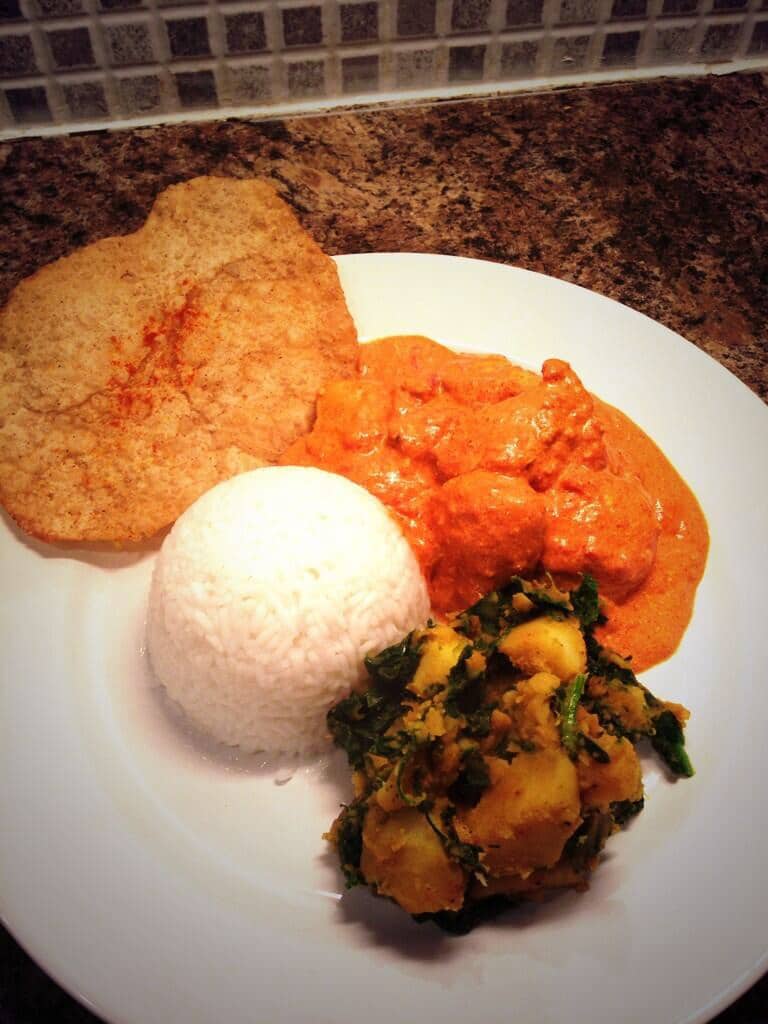 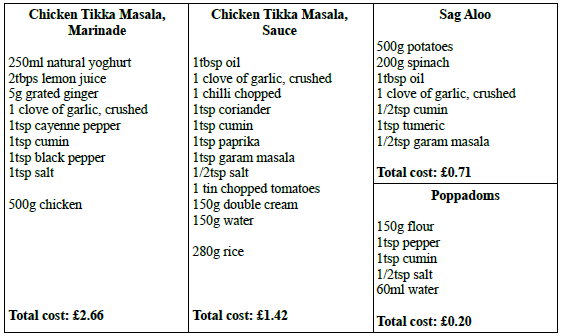 All ingredients used were either supermarket own brands or the lowest price. 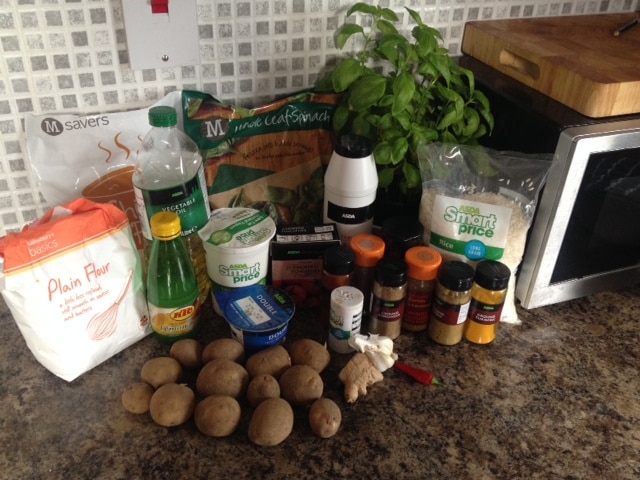 Start making the Sag Aloo and boil the rice. You can also start to make the poppadoms now but I would suggest that you start this before, if you don’t want to be so rushed.

As they would say in France, bon appétit. As they say at my house, grubs up! 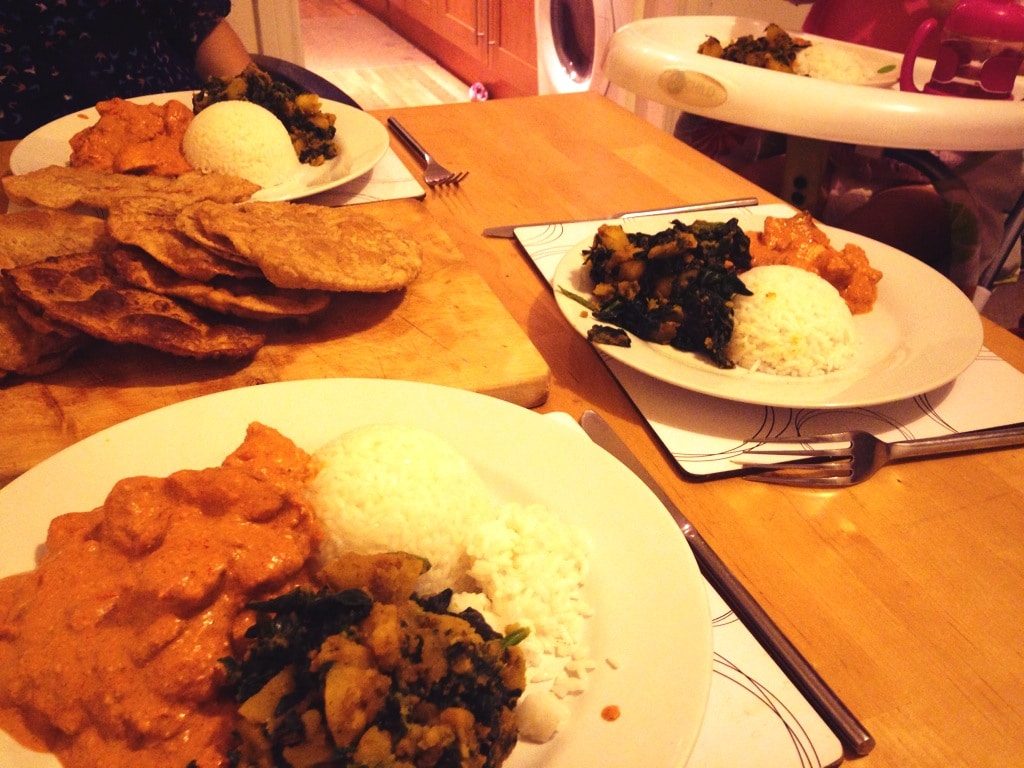 I don’t want to blow my own trumpet (too much) but this was the tastiest Chicken Tikka Masala I have ever eaten, fact!

I had been slightly worried as I expected the marinade to be more of a reddish colour, so when it just looked peppered I didn’t think it was correct and it wouldn’t make the chicken taste as it needed.

But, I shouldn’t of been worried because as I remove the chicken from the grill I sneaked a taste and the flavour was amazing. Luckily Skint Mum walked in the kitchen otherwise I may have wolfed the lot down before adding it to the sauce.

The sauce tasted stunning too. Both flavours were very distinct – absolutely perfect.

I don’t think I will ever buy food from an Indian takeaway again.

If you enjoyed this recipe you may like our other fakeaways which you can find here.

Cooking on the cheap really isn’t difficult. Check out these following posts to slash your food bill.

How I Plan My Supermarket Shop

How To Grab Yourself a Supermarket Bargain