FREE Lucozade! Yay! Greggs is giving away FREE bottles of Lucozade to all new and existing members of the Greggs Rewards loyalty app! 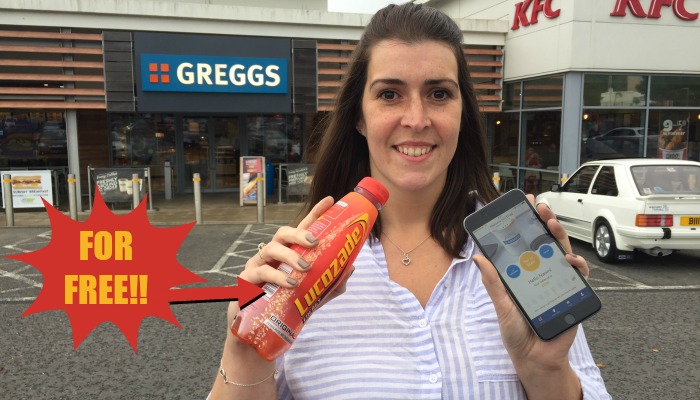 Get your phone at the ready!

Both new and existing Greggs Rewards app users can get a FREE Lucozade right now in Greggs stores.

This giveaway is running from now through until 20 November – I can imagine a lot of Lucozade is going to get drunk!

You’re able to choose between the Original flavour, Orange Lucozade Energy or the Cherry flavour.

What is Greggs Rewards app?

The Greggs Rewards app allows you to add money so you can be cashless when shopping in Greggs.

It also acts as an electronic loyalty system and keeps a record of how many hot drinks you have.

Once you’ve drunk 7 drinks you get the next hot drink on the house!

How to get FREE Lucozade

You don’t have to add any credit to get this to work :)

Once you’re in the app, you then need to generate a code (which is either a 9 digit code or a QR code) by pressing “Tap to Scan” and present your phone at the till.

Make sure you let the member of staff in Greggs know you’re redeeming your free Lucozade through the app.

Then you’re free to go and drink your drink.

Extra bonus: You’re also able to get a FREE regular hot drink when you register the app! 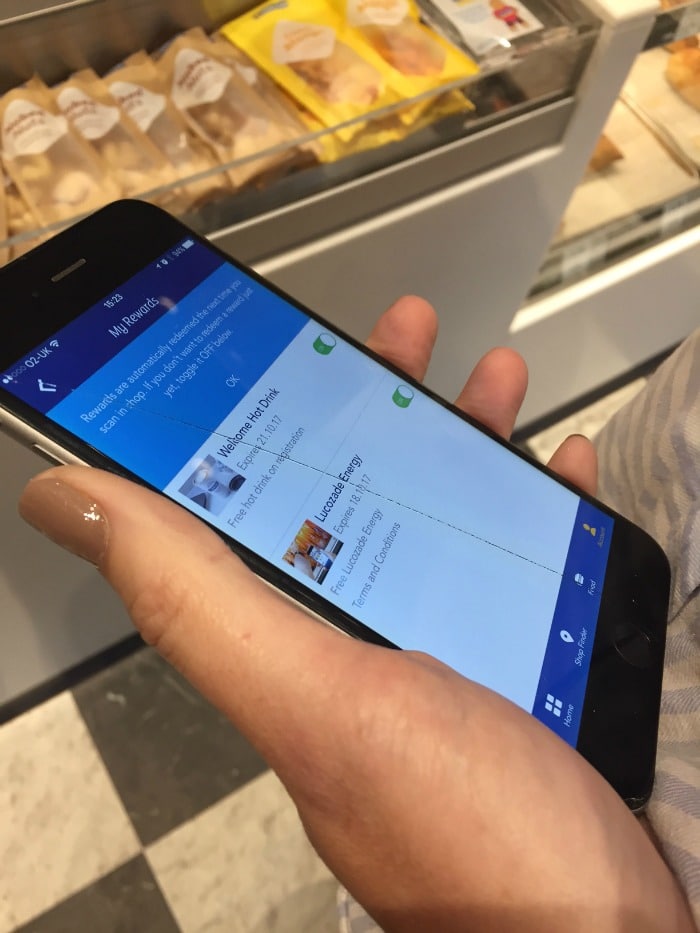 If you don’t want to get the coffee/Lucozade at the same time then toggle it to off.

Once you’ve downloaded the app, you’ve for 28 days to claim your freebie.

After that and the deal expires.

Just sign into the app as usual and present your phone to be scanned.

The reward will just appear in your app, but you need to use it within 28 days of it being placed in your account (the last date they were placed was 12 October 2018).

Is Greggs Rewards app worth it?

Well now you’ve got it, you may as well keep it.

If you drink hot drinks then collecting stamps via the app will mean you don’t lose one of those little paper loyalty cards other cafes give out.

I’ve also seen lots of other freebies and people talking about stuff they’ve got for free with the app. Stuff like drinks, sausage rolls and breakfast rolls – for nothing!

Then there are prize draws and birthday treats too :)

It may also work out more convenient paying on your phone, than trying to route around for cash or your bank card.