Have you checked your change recently for any rare UK coins? With the population rapidly heading towards a cashless society, certain UK currency is becoming more and more sought after.

But how do you know what’s valuable?

Whenever I have a handful of change on me, it normally ends up in the savings jar (have you tried the 1p savings challenge) or in our spare change pot. I don’t even give it a second thought that they could be worth a mint!

But how do you realise one of the coins doesn’t look quite like other UK coins?

What rare British coins should you look out for?

Read ahead for the current list of UK coins that could very well see you in the money.

If you’ve got a 50p coin, its legal tender value is worth at least 50p.

However, there are things that can make a coin far more valuable: 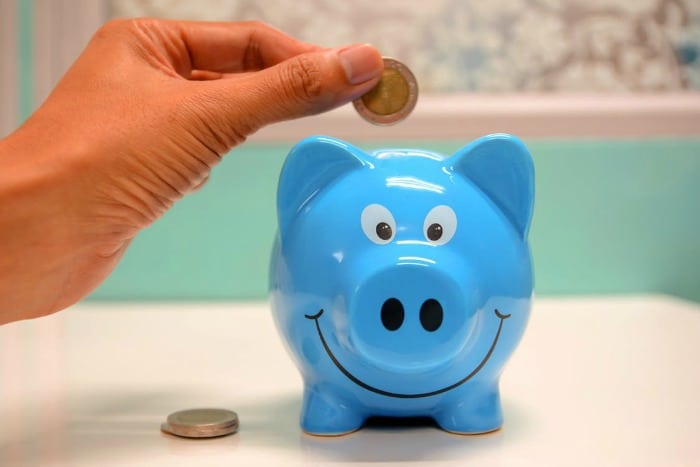 Let’s take a look at some of the most expensive coins in the UK that you could get in your change. Or you may find rare pennies hiding at the bottom of your piggy bank :)

These coins are considered some of the rarest coins in the UK, based on how sought after they are. 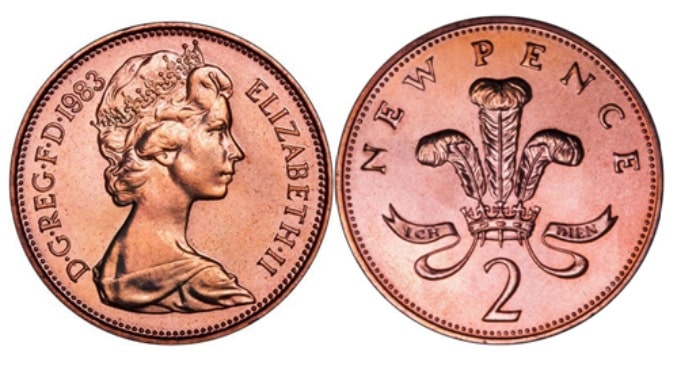 After that time, all coins read “two pence”. (Are you rummaging in your pocket to check?)

However, there was a little mistake in 1983. The Royal mint released some coins that said “new pence”. 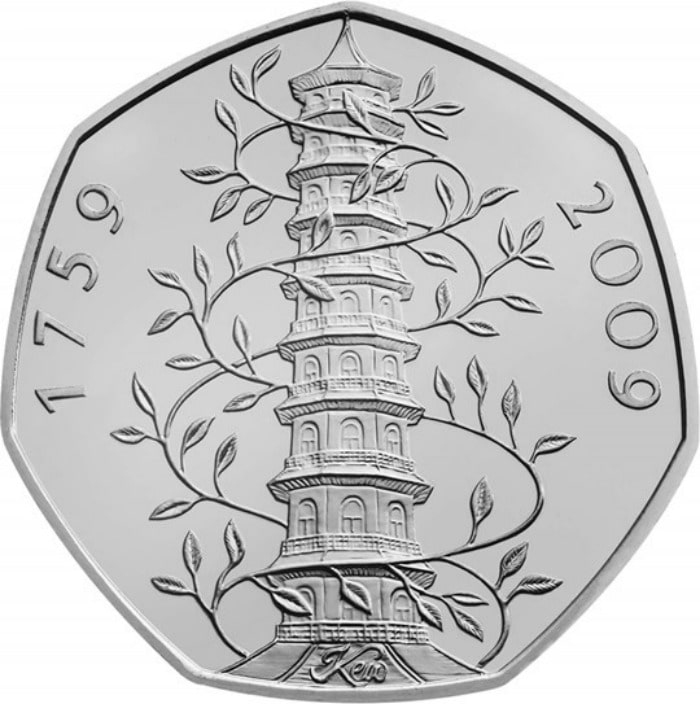 The Kew Gardens 50p, issued in 2009, has been in the top spot of highly sought after coins for some time.

However, with a 2019 reissue of the Kew Gardens 50p, the original may go up in value more. 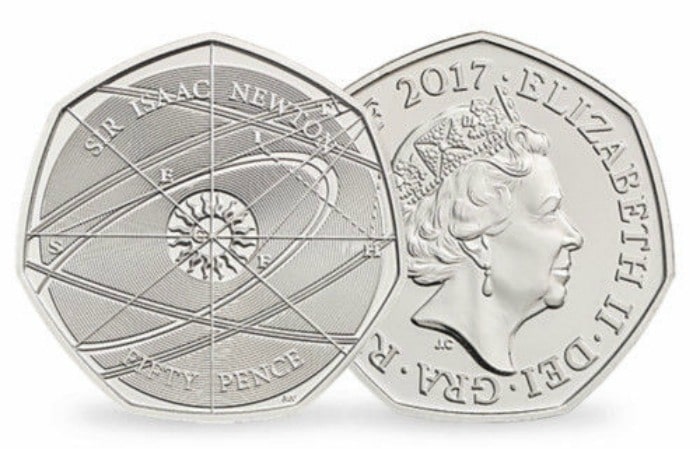 Potentially the (new) rarest coins in the UK is the Sir Isaac Newton 50p, issued in 2017.

There are potentially less than 210,000 coins that were made, which could make it more valuable than others.

People are paying around £59 on eBay for a 50p coin, according to Change Checker! 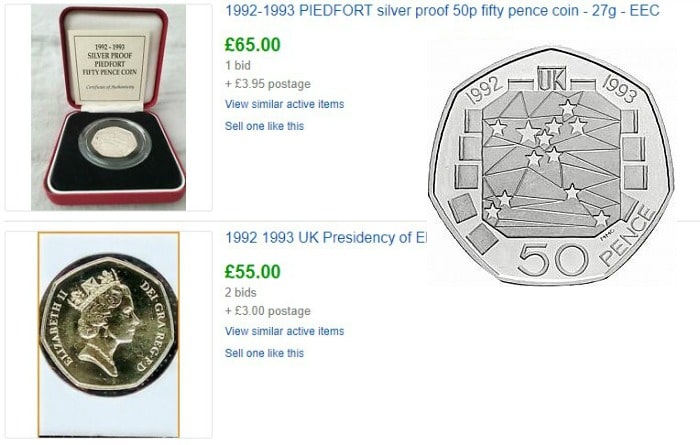 You won’t likely find this one handed out in change as it is no longer in legal circulation, but that won’t stop you finding old coins worth money in an old, dusty box.

The European Economic Community coin was withdrawn when the slimmer 50p was introduced back in 1997.

This EEC Single Market design represents capital cities in the EU and can get you around £56.

Brexit may make the coin go up in value further. 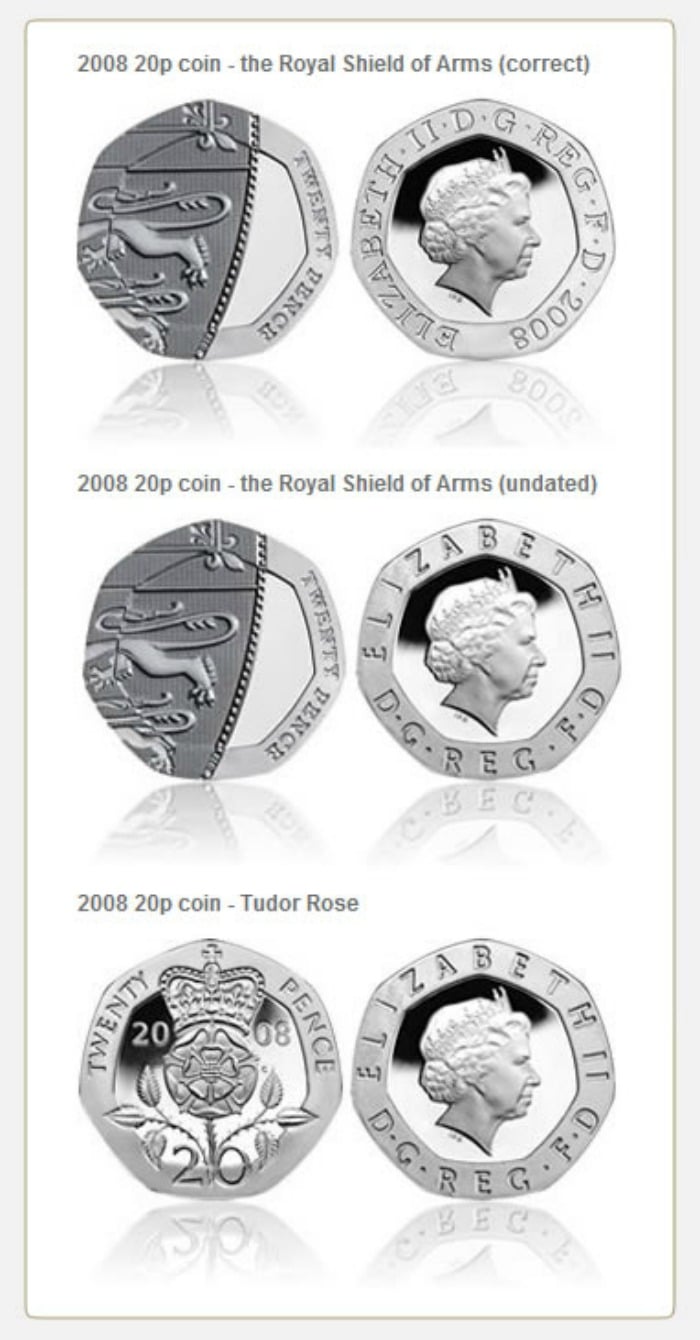 image via The Royal Mint

In 2008, the coat of arms on the back of our current coins was released (see the photo above).

There are coins without a date on them that were issued between 2008 and 2009 (although you obviously won’t see this date :) ) 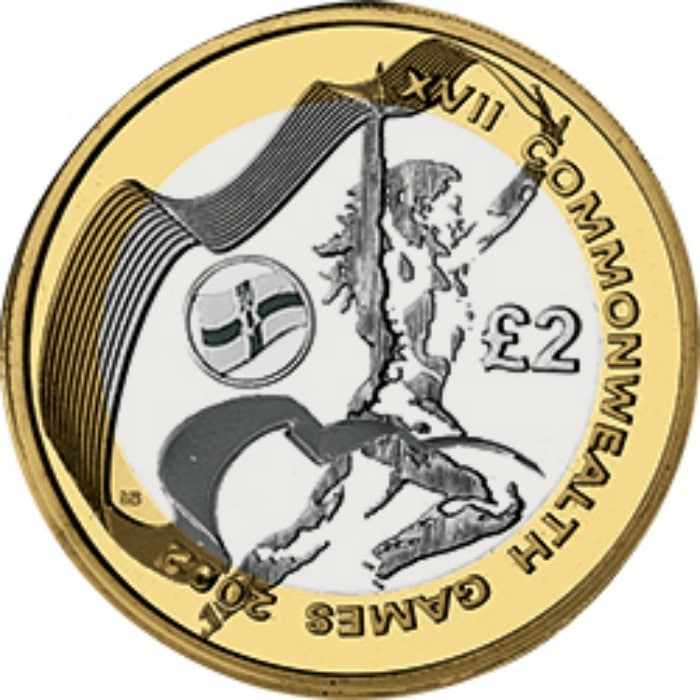 Issued in 2002 to commemorate the Commonwealth Games in Manchester, there were just 485,000 Northern Ireland coins minted.

There were more issued in England, Wales and Scotland, but it’s the NI coin which is more sought after.

This rare old British coin is not easy to find in your change, which means their value goes up, so you could make around £31 for the rare coin.

You’re looking for coins where the flag is embossed, whereas the England flag is indented.

Remember, remember the 5th of November, Gunpowder, treason and plot!

While we may remember the riddle, someone had a little trouble with spelling as there was a typo and the side of the coin which reads “pemember, pemember” instead!

The Britannia £2 coin had a mintage of just 650,000, which means they are hard to come by in everyday change.

For this reason alone, you can usually get more than face value if you try to sell it on.

One reason it continues to be popular is that some coins were released with “Inverted Effigy”, where the Queen’s head is upside down! However, there is only a handful of these so it’d be unlikely you’d ever find one. If you do, it’d be worth a LOT.

In the same way as rare coins, some bank notes are considered more valuable than others.

Again, there are a few things you want to look out for:

Don’t just consider new band notes, but have a rummage in the attic or in old boxes to see if you can find any valuable old banknotes too.

We got a new £5 note in September 2016 featuring Sir Winston Churchill.

While the legal tender is £5, some collectors could pay around £10 for a note with a very early prefix.

There are just under 60 million notes printed that begin with ‘AA’, so you may well have a chance of finding one!

These early notes, with a low prefix like AA01, can earn you around £15. 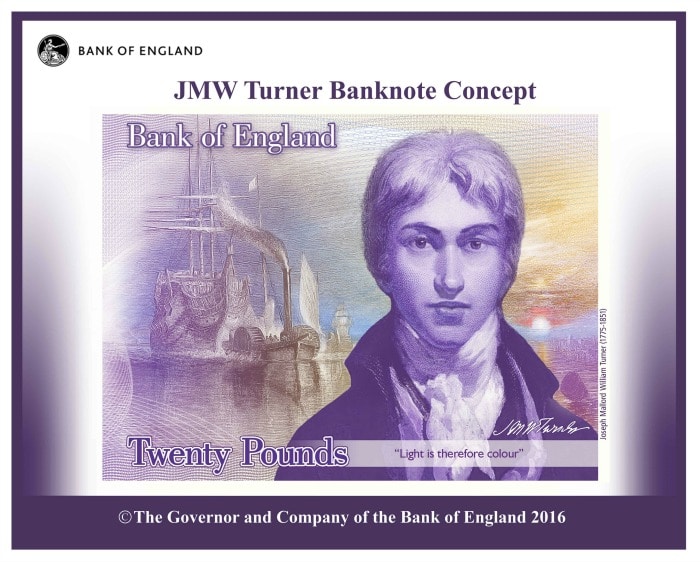 But, we’ll just have to wait and see what happens :)

Want to find out if you’ve got rare and valuable UK coins? 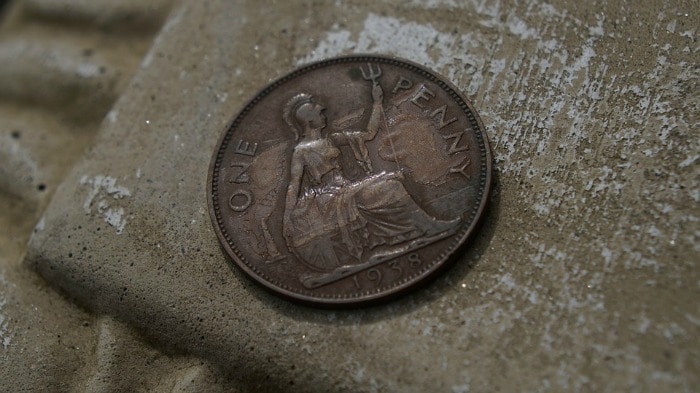 Every so often there is a craze about potentially valuable British coins, and a story may go viral on social media with tales of coins being sold for ridiculously high prices.

The best way to initially find out how much a rare coin is worth is by checking the Change Checker scarcity checker. This way you can see how sought after your coin is.

Once you know it’s rarer, head to eBay, do a search and filter by completed listings. You’ll then be able to filter out what has been sold, how much for, and what wasn’t sold, rather than just seeing the listing prices.

You can also use the Change Checker eBay price tracker. This takes the last nine sold prices to give a median sale price. However, this is only updated every six months so may not be fully up to date with trends.

If you’ve found expensive coins, it can be easy to put your coins on eBay, hoping someone will bid, but it could be losing out.

It may be a good idea to get some coinage advice from Royal Mint Museum Services.

You’re able to submit photos of your rare coins for examination.

While this service is run by the Royal Mint Museum, the museum itself doesn’t provide valuations (although the museum is still worth a trip as it’s a free day out in London, and it’s awesome!)

Well, after all that, I’m off to look down the back of the sofa!

Naomi Willis
Editor at Skint Dad
Naomi knows the burden of living on very little and became debt free by learning from past mistakes and following her own money saving tips and tricks.