Our girls have made their Christmas lists this year and happily sent them off to Father Christmas.

It sounds easy enough, and the whole process was going along smoothly…until we actually read the letters…!

To be fair, their lists aren’t as bad as last year (mostly!)

Our youngest made a good attempt (at 5 years old) to put her list together, and while we were happy to attempt some of them, the last thing on her list was a bit harder!

I found Chloe’s Christmas list today in her bedroom. She’s 5. A kite and Skylanders I can do. The last item…..well 😮😮😮 . #christmas #christmaslist #shesnotgettingit

This year, it’s our eldest who we’re having more issues with.

When they’re younger, they seem to want big things that cost less, but as they get older, they want small sized gifts that are expensive.

Her list consists of “merch” from YouTubers (have you seen how much that stuff costs!?) and a new phone.

I suppose clothing isn’t such a bad thing. She will wear it and get a lot of use out of it.

Plus, the things she’s asked for aren’t part of a fad, as she really loves subscribing to the people she watches.

So, we started to do a little digging to find out a way to make a few extra quid before Christmas and to work out how to get a phone for cheaper.

Getting a new phone

Our daughter wanted a phone for Christmas.

She didn’t really specify a make or model and just wanted one to replace her old device that doesn’t charge well and is on its last legs.

This meant we could really look around to get her something that wouldn’t break the bank and we didn’t need to fork out hundreds on a top of the line device.

With three girls in the house, our budget doesn’t stretch far, so we decided first to have a hunt around in “The Drawer”!

Do you have a drawer? 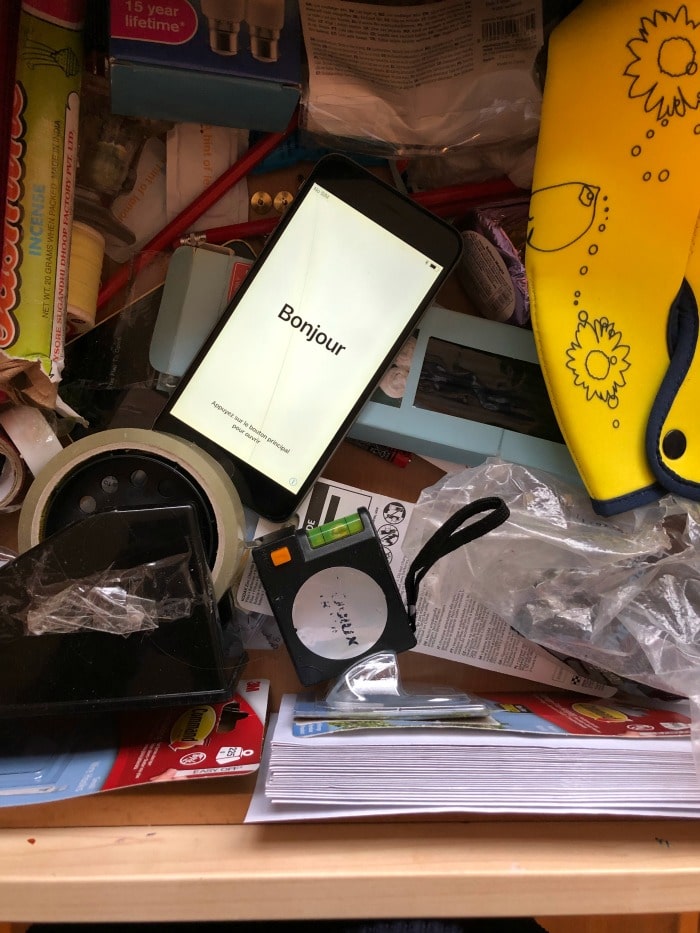 It’s the place where all the things that don’t have a home live. We pop all sorts in there, and when we can no longer close it, we know it is time for a clean out.

Well, although it wasn’t busting open, in the hope of making a bit of cash for Christmas, we decided to delve in and see if we could find anything of value.

Boom! We did – we found an old, broken phone.

As the phone had been damaged, we didn’t try cashing it in previously. Plus, it was quite handy to have a spare phone in the house, just in case something happened.

But, now was the time to make some money back, and put the cash towards a gift for our daughter.

We headed to Carphone Warehouse who offer a Trade In service for old devices and very quickly would be on our way. 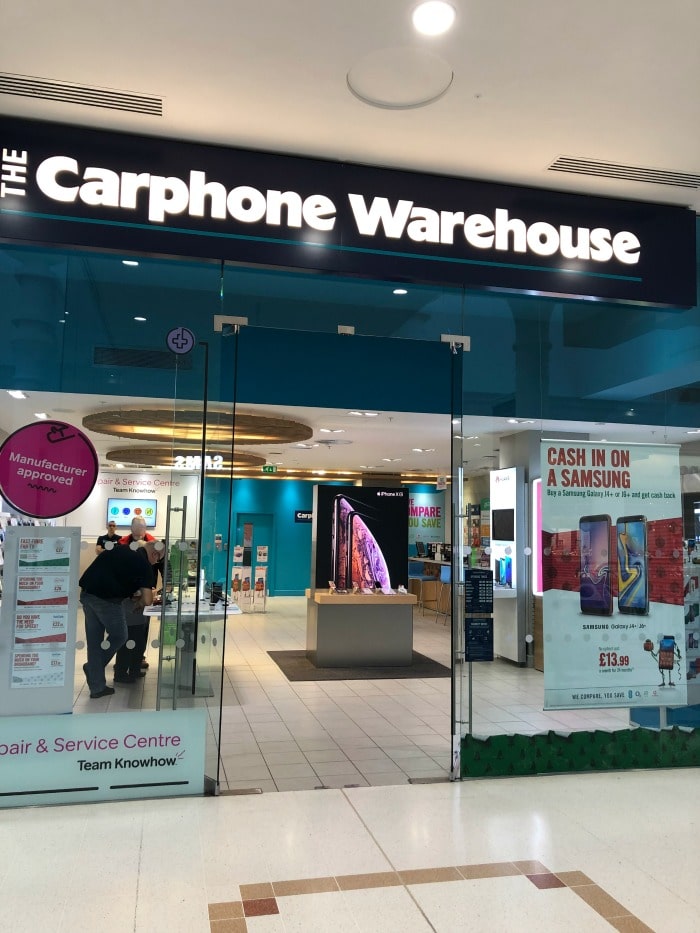 You’re able to do a trade in at Carphone Warehouse both online and in store, but we decided to go in store, as we work just around the corner from the shop and it would give us a chance to look at the new phones.

The whole process was surprisingly quick and very painless. We were in and out of the store in no time and spent barely any money on a new device.

Carphone Warehouse trade in both damaged and working phones, which is a relief. The phone we had was working, but there was just a massive crack down the screen.

The staff in store took our old phone and started testing it. They checked for things like dents, chips and gouges, and looked to see if the screen was coming away from the case, as well as investigating any liquid damage. 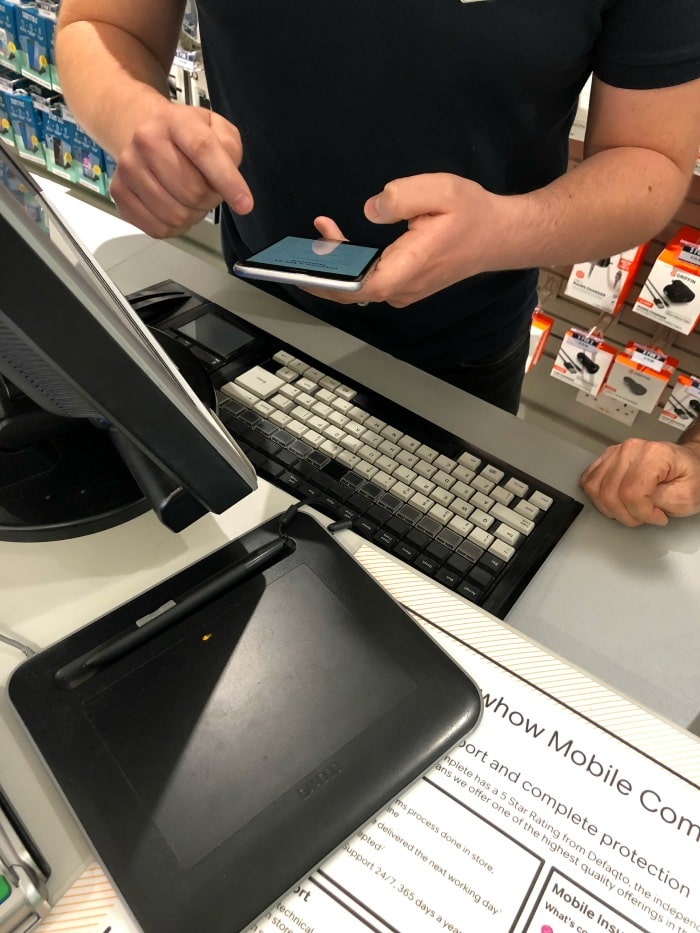 When they were happy with the tests, they made an offer on the phone for me to sell it to them, and we were able to use the money from the Trade In to put towards a brand new phone.

While we used the money to go towards a new phone, there is also an option to just walk away with cash too. Once Carphone Warehouse has told you how much your old phone is worth, they can pay you directly by bank transfer, if you prefer.

We were able to get a decent functional phone (that she can use to contact us and watch her favourite YouTubers!) at a really decent price.

Following recommendations from the staff at Carphone Warehouse, we got a Nokia 1. They suggested it was a good phone for a younger person. After checking out a few reviews, we were quite happy based on the fact that she would be using it for normal phone things, as well as watching videos, plus it has decent battery life.

Now, although this is a gift for our 14-year-old, I think it’s our 6-year-old who was the most excited.

She loves Christmas and was super happy that her sister was going to get the gift she asked for! 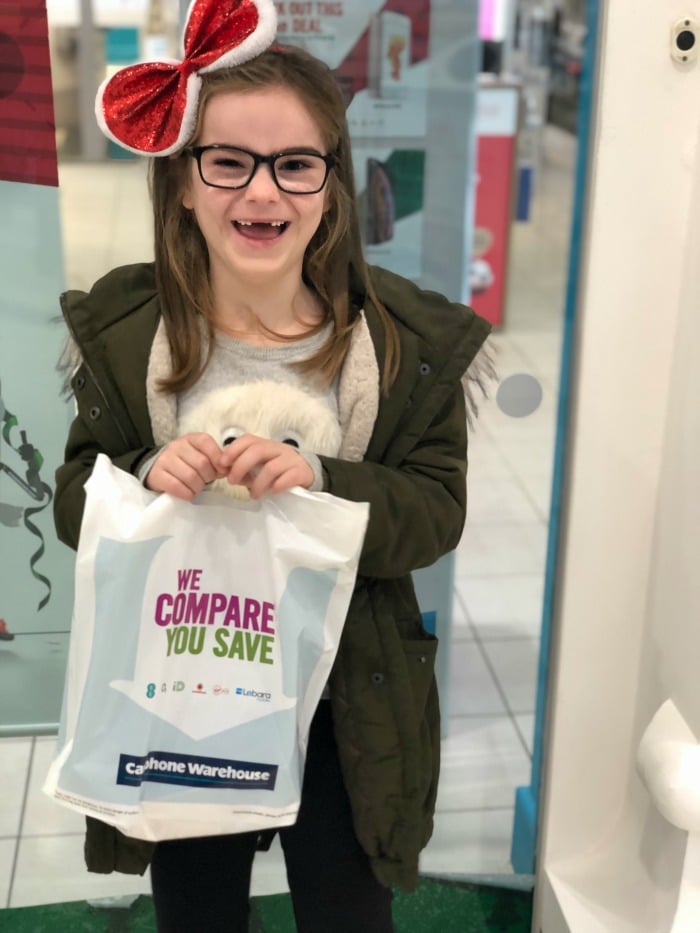 Without the Carphone Warehouse Trade In service, getting a new phone would have been a bit of a struggle with our Christmas budget.

We’ll certainly have a very happy Christmas household this year!

Written in collaboration with Carphone Warehouse