We are starting to save our spare change but instead of buying a money box we’ve looked at ideas for how we can create a DIY Money Box to save our coins! 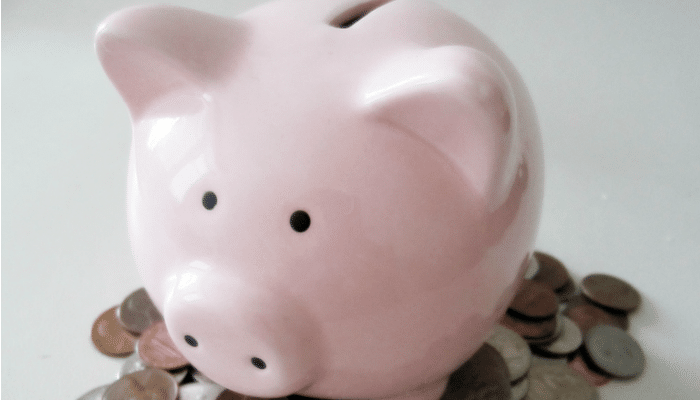 There are loads of different ways to save money.

Whether you have a standing order for a set amount money to an ISA or perhaps you are saving into your employers’ pension.

You could even transfer the odd pennies and pounds using online banking to a savings account or collect any loose change from your pocket.

For Ricky’s birthday last year, although I didn’t get him any proper presents, I did give him a money box from the pound shop that I’d picked up a month or so before. I didn’t think he’d like it but he seemed to genuinely love it!

It was a sealed tin pot, like a very large can of baked beans, with a small slitted hole in the top. The bonus of the tin was that it was fully sealed. There was no way to get the money out without a can opener which meant it be really secure way to save without us getting at it. 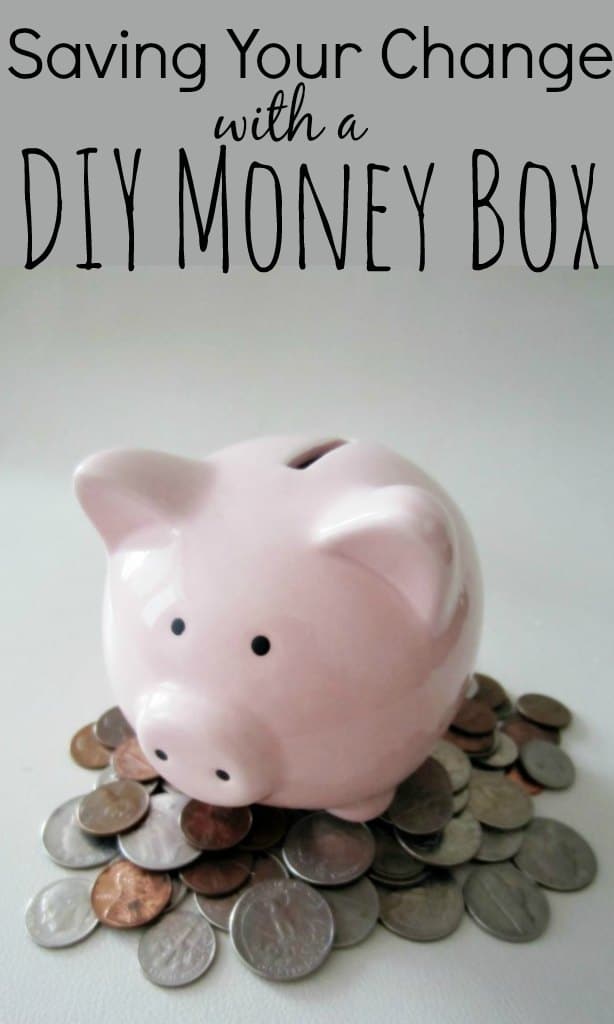 We decided we wanted to use it to collect any “spare” notes or pound coins. When cash is tight, it is difficult to know if money is spare. Sometimes a fiver for us has been the difference between eating for a few days or not but, managing finances better has meant that we are more confident that we could survive without the loose change and odd notes.

We started the fund to pay for anything extra we needed for our wedding at the end of last year. We hoped that by saving here and there, we wouldn’t notice the money disappearing and could save up quite a bit – and we did.

We opened it a few weeks before the wedding and counter out our stash. It was only three quarters full but, in a few months of saving, we managed to put aside £280!!

We didn’t replace the saving tin. We stopped saving in this way, other than putting our pennies into a big bowl (we’ll get around to counting them out one day – maybe a job for the kids!)

The run up to the wedding was hectic, which was followed by us having a few days away and then Christmas. I blinked and suddenly, it was over three months since we opened the savings tin and we had stopped saving in that way.

Maybe it was a good way to save as we was saving for something in particular. Maybe we stopped as, on trying to find a new tin, the shop has stopped selling them.

It’s a bad excuse for stopping but we want to start saving this way again as it really worked for us. I won’t keep a track of how much we put in as it’s a nice surprise to see what happens when we do the big open (which I recall took Ricky about 25 minutes to open with a can opener, the thing was tougher than Fort Knox!).

What I don’t know yet is what we are saving for. I think we did so well before as we had a target.

We need to increase our emergency fund so maybe we will save for that? I don’t want to make it too complicated and say that 50% will be for the emergency fund and 50% for something else as I want one focus. We will think about it together and make a decision soon. Having a target, for me, makes me want to achieve something, rather than just putting money aside for nothing.

Problem is, we can’t find another one of these pots on the high street and the ones online work out at around £5 with postage. It’s not that I’m tight (ok, maybe I am slightly) but I can think of better things to spend a fiver on that a throw away money tin!! A pound is different.

Instead, I’ve tried to find some alternative DIY money box ideas that we can make with the children at home. 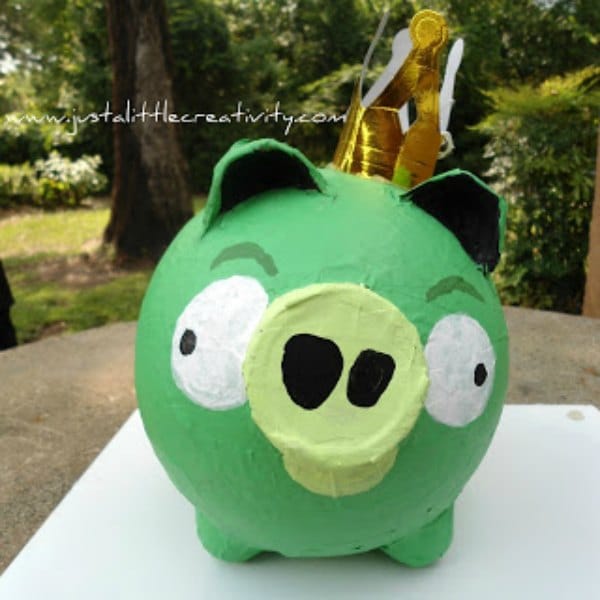 Via Just a Little Creativity 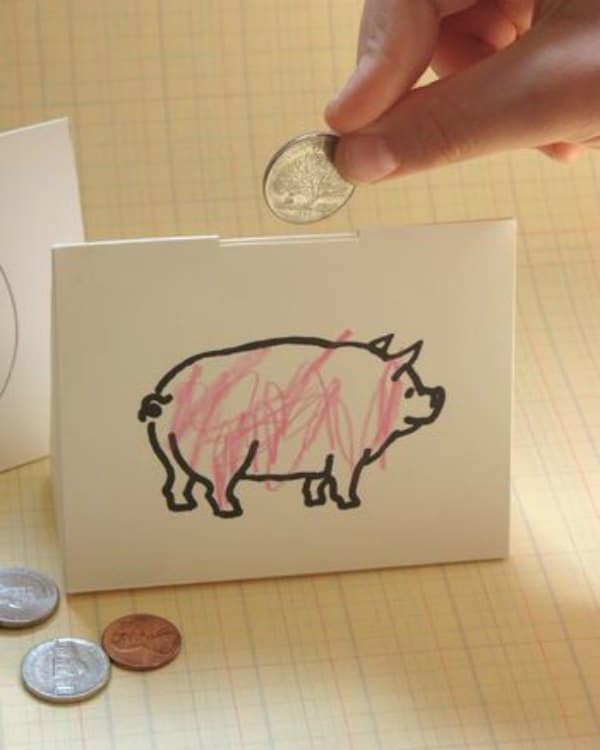 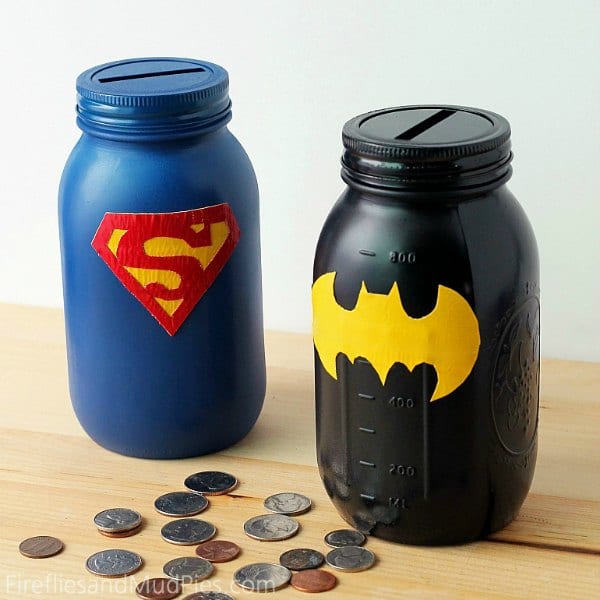 Via Fireflies and Mudpies 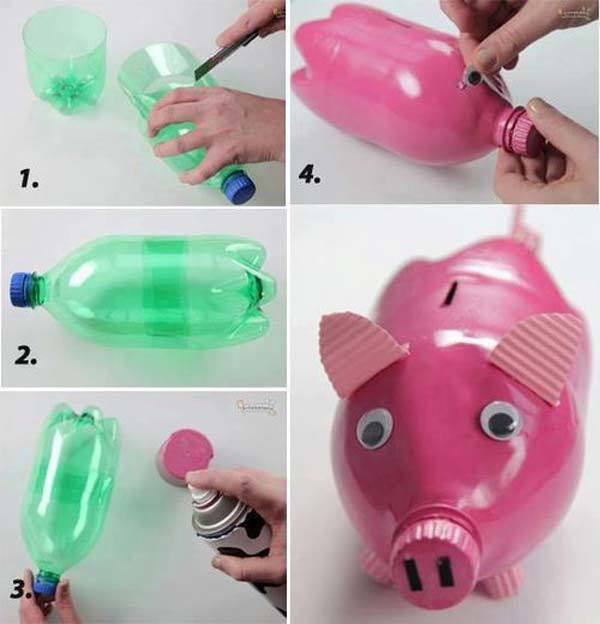 Reuse and decorate an empty jar 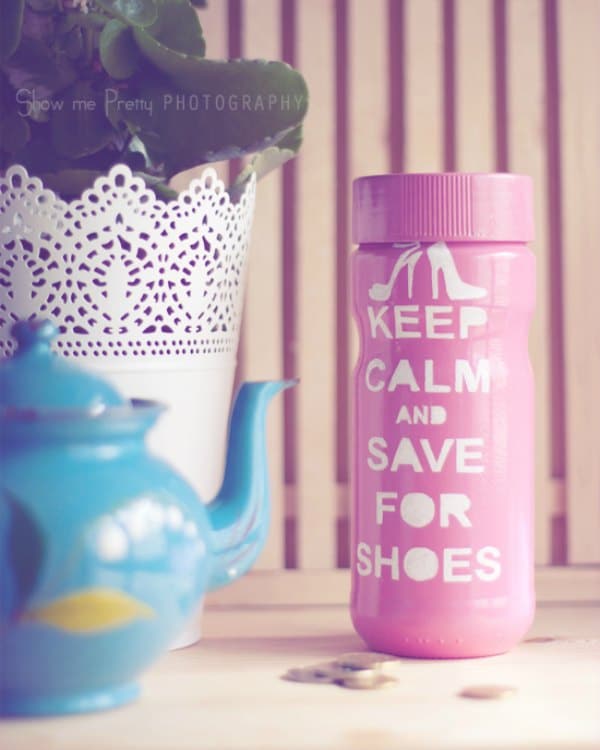 Via Show Me Pretty

Other ideas to make your own DIY money box

Penny for your thoughts: What other ways can you make your own money box? Have you already made one you can share with me?